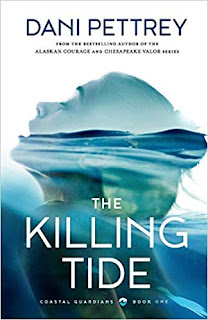 Book Summary....When one Coast Guard officer is found dead and another goes missing, Coast Guard Investigative Service special agent Finn Walker faces his most dangerous crime yet. His only clues are what little evidence remains aboard the dead officer's boat, and the direction the clues point to will test Finn and the Guard to their limits.
When investigative reporter--and Finn's boss's sister--Gabby Rowley arrives, her unrelenting questions complicate an already volatile situation. Now that she's back, the tug on Finn's heart is strong, but with the risks she's taking for her next big story, he fears she might not live through it.
Thrown together by the heinous crime, Finn and Gabby can't ignore the sparks or judgments flying between them. But will they be able to see past their preconceptions long enough to track down an elusive killer, or will they become his next mark?

My thoughts....Another great beginning and a host of interesting characters in the newest series by Dani Pettrey. And how about that awesome cover?!! After reading Pettrey's two previous series, I kind of know what to expect: suspense, romantic tension, and a subtle faith aspect. What keeps me coming back is that I love the high speed pace and the plot aspects I mentioned before. The unexpected ending was great...it was probably my favorite part of the novel. I'm not sure if it was just the digital copy I had, but there were times when the story would jump from one person's perspective to another, without a paragraph or chapter break. I had to go back a few times and reread just to follow what was going on. I also found Gabby's tendency to ignore the warnings of those who were trying to protect her and go investigate irritating. People were putting their lives on hold and willing to do anything for her, but her lack of respect for them in order to pursue her own interests left a sour taste in my mouth. She does have some positive traits that I liked, such as courage and persistence, but it was kind of overshadowed at times. Finn basically seemed like the guy who could be or do no wrong, and that made him very likable. Definitely hero material! You should also expect, as in the other series, a large cast of characters. It can seem like a lot to keep up with, but it does offer a lot of variety. Overall, I enjoyed the book and look forward to seeing what happens next!

*I received a free copy of this novel from the publisher to give an honest review, which I did. All opinions are my own.*
at 12:47 PM
Email ThisBlogThis!Share to TwitterShare to FacebookShare to Pinterest 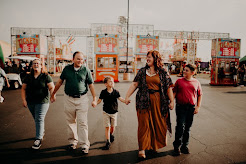